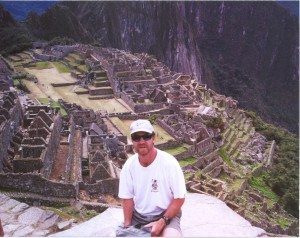 Dr. Swanson serves as the coordinator of the Foreign Language Teacher Education programs and is the Director of Graduate Studies for the Department of Modern and Classical Languages. Since his arrival in 2006, he has worked in Georgia schools with K-12 teachers, district language coordinators, and state officials to steadily increase the number and the diversity of pre-service teachers and graduate students in GSU’s programs. His recruitment and retention efforts have resulted in GSU having one of the largest language teacher education programs in the US. Each year graduates from GSU’s language teacher preparation programs have been hired at or before program completion. Details regarding the program’s success is highlighted in his second book, Identifying and Recruiting Language Teachers: A Research-based Approach.

Dr. Swanson also serves as the editor for the Southern Conference on Language Teaching’s journal, Dimension, as well as serving as a reviewer for several peer-reviewed scholarly journals. He is active with the American Council on the Teaching of Foreign Languages as a program reviewer for national accreditation and currently serves as co-chair for the committee to select the ACTFL-NFMLTA/MLJ Emma Marie Birkmaier Award recipient for Doctoral Dissertation Research in Foreign Language Education.

Over the years, Dr. Swanson has been recognized by the America Association of Teachers of Spanish and Portuguese – GA and the Foreign Language Association of Georgia as Professor of the Year. In 2009, he received the Leadership Award given by the Southeastern Association for Employment in Education for his dedication to language teachers and the profession. He credits much of his success to the collaborative environment in which he works and plays. Dr. Swanson and his family reside in Decatur, GA.